Primarily of Western origin, American cuisine has been significantly influenced by many other cultures and traditions, including native American Indians, African Americans, Asians, and Pacific Islanders, reflecting the diverse history of the United States. Though some American cuisine is a “fusion” of Western cuisine with specific other global cuisines, such as Mexican-American, Italian-American, and American Chinese, many regional cuisines have their own deeply rooted ethnic  heritages, such as:

Early Native Americans utilized a number of cooking methods in early American cuisine that have been blended with the methods of early Europeans to form the basis of what is now American cuisine. The Europeans also introduced a number of new foods, spices, herbs, and cooking styles, a practice which continued to expand throughout the 19th and 20th centuries with the influx of  non-European immigrants. 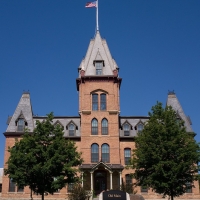