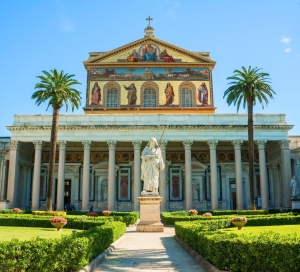 The Basilica of Saint Paul Outside the Walls is one of Rome’s four ancient papal basilicas,  along with Saint Peter’s, Saint John Lateran, and Saint Mary Major. The basilica is owned by the Holy See, although it lies within Italian territory and not the Vatican, and was founded by Emperor Constantine I over the burial place of the Apostle Paul, who was beheaded in Rome around the year 64 AD.

The first basilica was consecrated by Pope Sylvester in 324, but was enlarged by the Emperor Theodosius I in 386. This larger, more beautiful basilica was probably consecrated around 402 by Pope Innocent I and completed during Pope Leo I‘s pontificate (440–461). 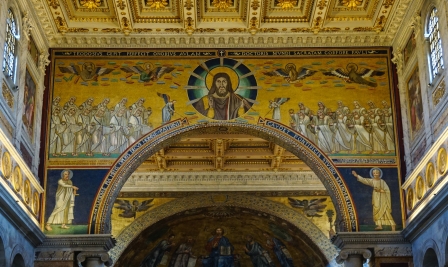 During the 5th century, it was even larger than the Old Saint Peter’s Basilica, which stood between the 4th and 16th centuries where the current St. Peter’s stands today. Under Pope Gregory the Great (590–604), the main altar was moved directly over Saint Paul’s sarcophagus (although according to church tradition, his head rests at Saint John Lateran). The inscribed portion of the tombstone has a circular hole which is connected to the tomb by a pipeline, due to the Roman custom of pouring perfumes and libations for the dead inside the sarcophagus.

In 1823, a workman repairing the roof started a fire that nearly destroyed the entire basilica! It was reopened in 1840, after being exactly reconstructed, and reconsecrated in 1855. 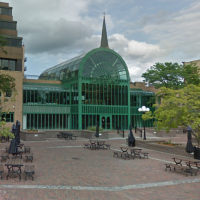 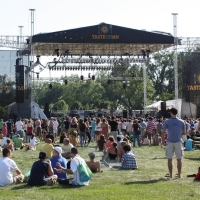 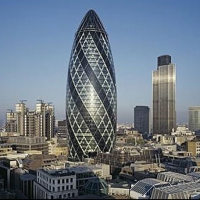